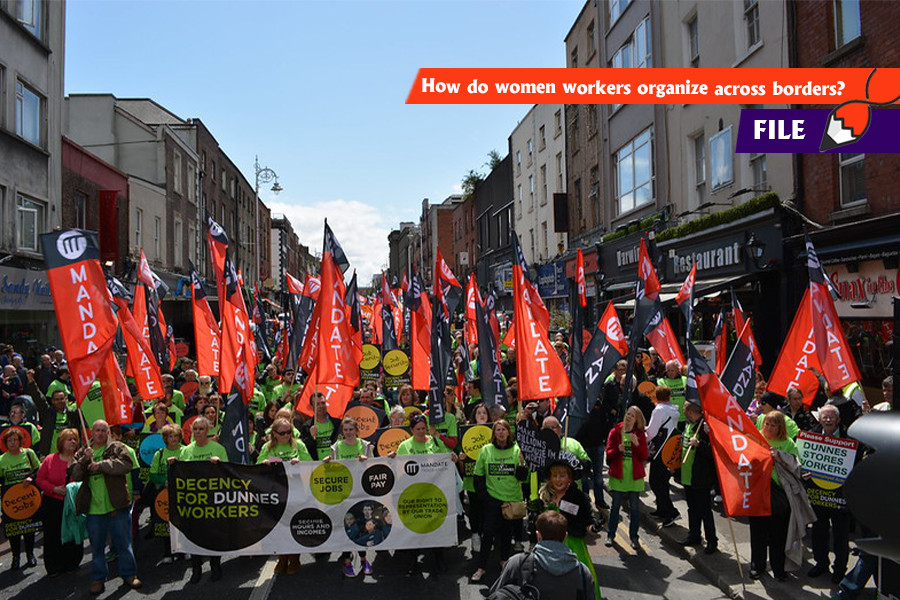 Cathy McLoughlin, a supermarket worker and Mandate Union workplace representative, tells all about their struggle experiences which led to the change in the labor law.
Müslime KARABATAK

Cathy McLoughlin is a Dunnes Stores worker and shop steward in Ireland. The workers ran a national campaign for guaranteed hours back in 2015 which eventually changed legislation in 2018. Now, they are starting a new national campaign of pay and benefits, aiming to increase union membership and reach their demands.

Could you please introduce yourself?

WORKS 35 HOURS, 15 HOURS ON THE CONTRACT

What are the issues in your sector? How do you mobilise yourselves to deal with these issues?
The main issues in our sector are security of working hours and low pay. For example, in Dunnes Stores, the contracts most workers signed only guaranteed a minimum of 15 hours per week. Many workers would work an average of 30 to 35 hours per week, but if they had to apply for a mortgage or a bank loan, they could be refused, because only 15 hours was guaranteed in their contract. Also, if a worker was out sick or if a manager did not like them, their hours could be cut. It was used to control workers.

We ran a national campaign back in 2015 which eventually changed legislation so that workers have a right to request to have the hours that they actually work guaranteed in their contract, which is known as “banded hours”. This gives workers greater security.

LIGHT AT THE END OF THE LONG AND ROUGH ROAD

Could you tell us more about your national campaign?
To address the issue of insecure hours, workers had a national strike in Dunnes Stores in 2015. We had some other demands also – including pay, advanced rostering and removal or temporary contracts – and the company conceded on these demands. But the company, who does not negotiate with us directly, did not concede on the issue of secure hours. They did not talk to us at all.
After the strike, we ran a public campaign which involved using the media. We also organised a large demonstration a few months after our strike, where we marched to Dunnes Stores head office in Dublin.
Many workers from other Unions also attended. I spoke publicly for the first time at the May Day demonstration, and also did many interviews with local radio stations. 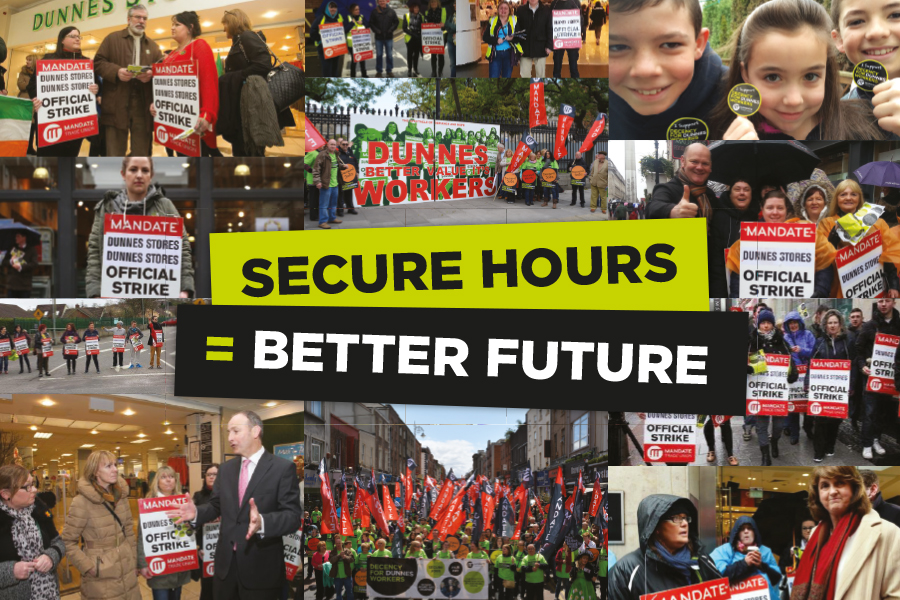 The Union then decided to organise a national political lobbying campaign. Members from all over the country organised delegations to speak to their local politicians about the issue of insecure working hours. I got in contact with two Government ministers in my electoral area, it was the first time I did anything like this, and it was a great learning experience. We asked the politicians to sign a pledge if they agreed with our campaign demands. Then, we published which politicians agreed to sign it, and who refused, online. We also got in contact with other Mandate members from different retail companies like Tesco and Marks & Spencer, and they also agreed to help with our campaign.
It took a very long time, but eventually, we were successful in achieving our goal. In 2018, the new legislation, called The Employment (Miscellaneous Provisions) Act 2018, came into effect. We knew that Dunnes Stores would not tell staff about this new law, so we had to organise information meetings ourselves. Our approach was; if workers wanted information about how they could apply to get secure hours, they needed to join the Union first. The big difficulty in our store was that some workers did not support the Union and refused to join (they were strike breakers) and because it is legislation, they could benefit from the new law without having to join the Union.
Organising in relation to secure hours is ongoing – workers have to with the company for 12 months before they are eligible to apply for “banded hours”. Every worker must submit an individual request to their manager, but it is difficult for workers to do this on their own, so it is a new way to promote the Union. For example, we have a new member in our store, who has been working there for just over one year. I was able to approach her and ask “are you looking for more stable hours?” I was able to show her the difference it makes to have secure hours, and that it is something that exists only because the Union fought for it. She really benefited from that, and thought it was great.
It is so difficult to get people involved with the Union, but we now have a new National Committee, and we have just launched a new campaign in relation to pay and benefits, this gives me hope.

THE CHALLENGE FOR LOW WAGE WORKERS IN CARE SERVICE

Any specific issues involving women?
Because we have had to deal with Covid for over a year now, many of the women workers, especially working on the checkouts, were having difficulty with working flexible hours and trying to manage childcare. It is ok for some women to accept extra hours if their partner is able to work remotely from home and look after their children, but this situation keeps changing with new regulations coming in from the Government. It is difficult for many women because childcare is not affordable in Ireland for low paid workers, and they cannot rely on their partners to stay home and look after their children in the long term - the situation keeps changing, and there is no stability.

‘WE DON’T FEEL SAFE’
Any Covid-19 related issues?
The main issues we face is that Covid safety protocols are not always followed by management. Too many customers are allowed into the shop, and sometimes they are not wearing masks. Many workers feel unsafe, so we have run a petition to address the issue with store management.
Another difficulty is that some stock in the supermarkets (for example, clothing or homewares) is not allowed to be sold because they are classified as “non-essential items” by the Government. These sections of the shop are closed off, but some customers still try to purchase the items. Some items are considered essential which really should not be (like plastic plants!), this is a problem because we should not be encouraging customers to shop for things they do not need, many people are bored and have nowhere else to go, so they want to go shopping.

What would be your message to the readers of Ekmek ve Gül?
Silence is a political stance; it is an endorsement of the status quo. By staying silent, workers are basically agreeing with how things are run. It’s time to break the silence. 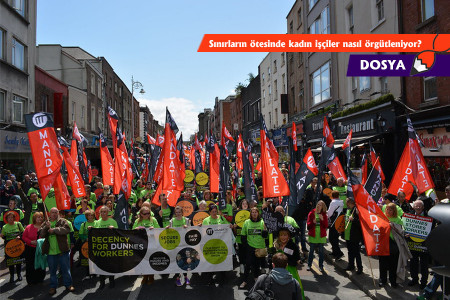 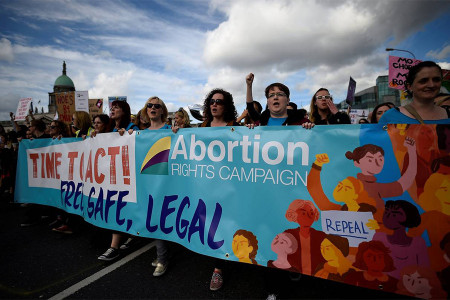 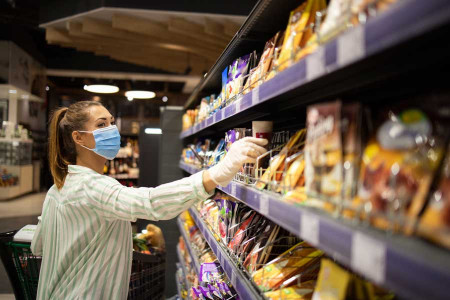